From our trip to Ireland 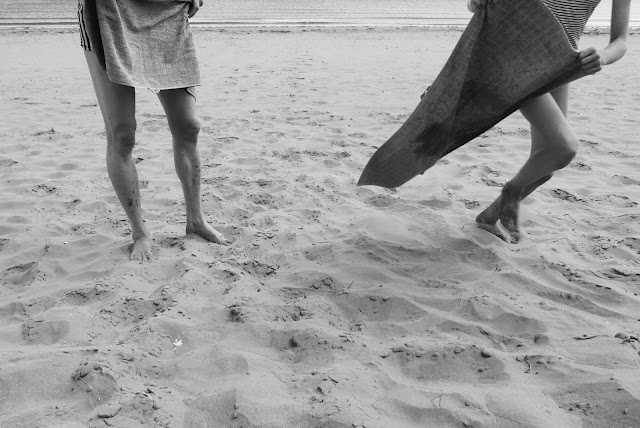 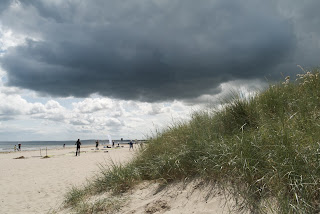 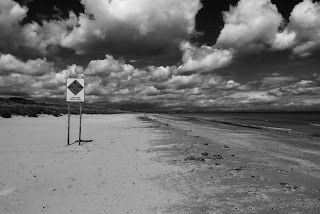 and some green time the other days

We were driving criss cross the hilly landscapes of Irish countryside one week ago. We focused our stay on the east-coast, north of Dublin. This was for practical reasons, because our son joined the rugby-camp in the capital town and we wanted to have a peaceful week surrounded by the green fields with our daughter. We got what we asked: serene beautiful landscapes, spiced with some interesting history from the county Meath.

I forgot to take a nice photo from our little cottage near the town of Navan, but let's keep it a secret. One detail I can tell: a beautiful, young horse was kept just beside the house on the field. It was trained by a Ukrainian circus artist, who made some incredible acrobatics on the horse. One morning around 6.30 I woke up for the sound of a running horse and I saw him standing on top of the animal. The horse looked a bit lonely on the field during some days, but I saw it had a good connection with his trainer. 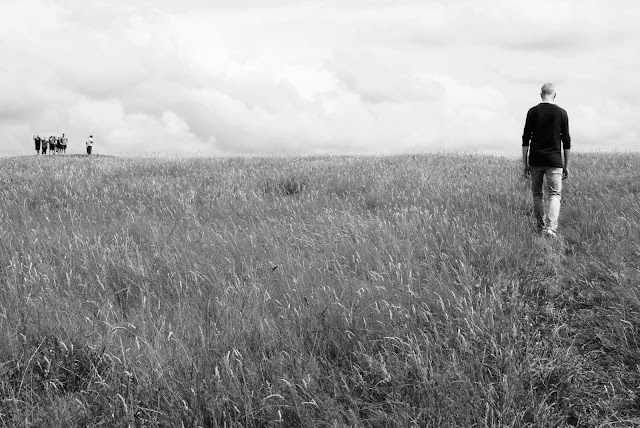 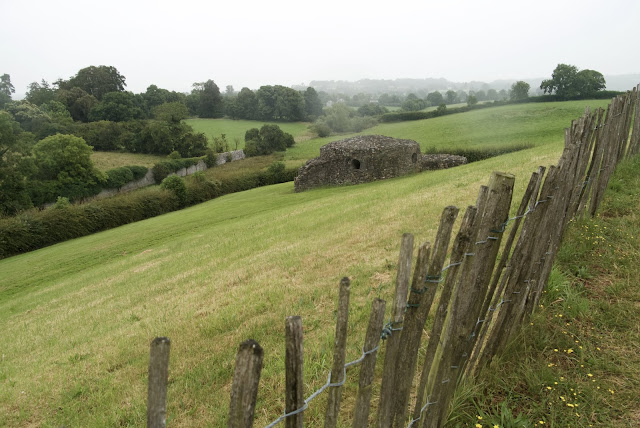 I was surprised how old the history of Ireland really is. The ancient human beings made sacred tombs about 5000 years ago from the big stones and masked those to fit to the green landscape. These important landmarks are older than the pyramids of Egypt and the Stonehenge in England. Over the time some of these man made "hills" collapsed and were later discovered under ground. A small hill looking curve turned out to be a huge, collapsed stone made grave tomb with a narrow path to the space in the middle. We visited two of these tombs on our journey: The tomb of Knowth and the famous Newgrange.

The size of these toms is big, but the inner space surprisingly small. The hilly shape was made by a special way with stone layers. Bigger stones turned on a right angle by the support of the smaller stones on the other side. This prevented the stones to collapse and and made a safe roof structure possible. It was only allowed to visit the Newgrange tomb from the inside. You walk a small path with a small group of people and a guide to the small space in the middle. The ancient carvings on the huge stones are symbolizing things that we can't be sure of. But for sure a huge effort was made to transport the big stones from far away and building these monuments for so many years. The people who started the project newer saw it ready, so long it took. You can read more information from the links in the end of the previous chapter. 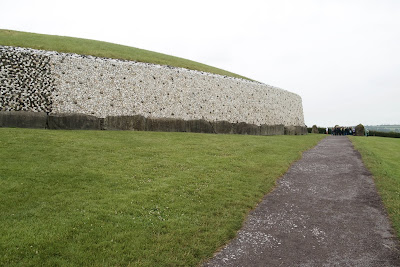 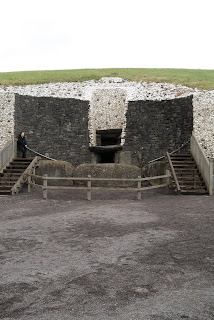 Newgrange is best known for the illumination of its passage and chamber by the winter solstice sun. Above the entrance to the passage of Newgrange there is a opening called roof-box. It's purpose it to allow sunlight to reach the chamber during the shortest days of the year around 21st of December. For a few days the light will daily reach the chamber and lighten the stones inside for about 17 minutes. The intent of the Stone Age farmers who built this remarkable spot was to mark the beginning of the year. Amazing architecture and also spiritual feeling in these old places. 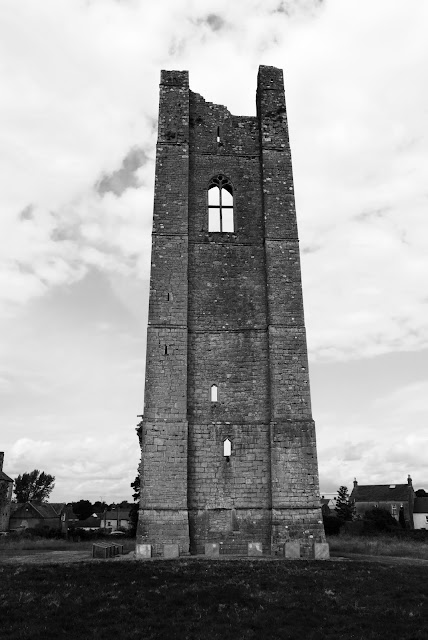 
The central attraction of the village of Trim is the castle. It stands beside the river Boyne and is surrounded with green fields and from the one side it is very centrally located just in the centre of the village. Inside tour is available only with a guide. This castle if famous, because the film "Braveheart" starred with Mel Gibson was filmed here. It is nice to walk nearby the caste and along the river, but that's it. My daughter was suffering a bit when we were visiting these historical sights - she felt bored. We tried to make the rounds short enough. I can understand that a typical teenager doesn't have a big appetite for history. 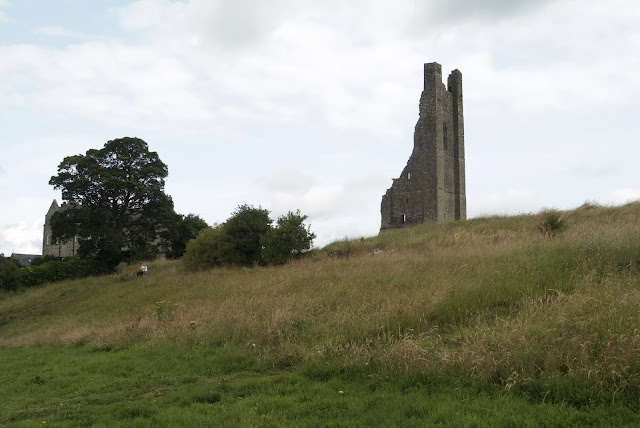 The hill of Tara

We really much liked the big views of Ireland. The best places to  see the green horizons are the nice hills. From the country roads is difficult to see sometimes the fields, because they have so high bushes just beside the roads.

The circled shape of the symbols on top the the Hill of Tara are only well seen from the air. This place was for a thousands of years a special place for the island of Ireland. It was a spiritual and cultural meeting point, the capital of old times. It was a ceremonial and a burial site, a very important place also for the high kings of Ireland. 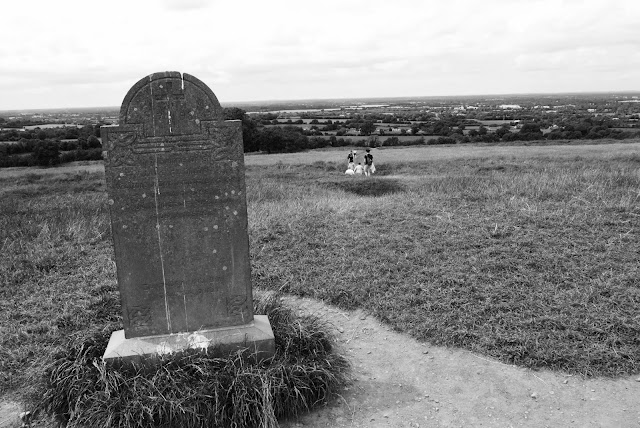 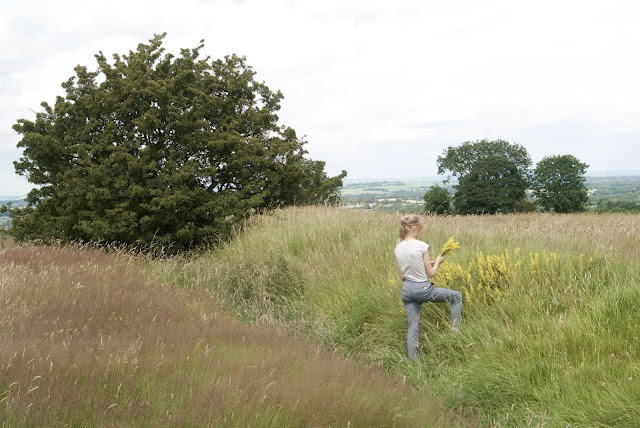 The distances between villages and the sights are quite small in county Meath. We also got some good advice from our cottage owner about the interesting spots to visit in the area. We drove to the village of Slane for a lunch one day. The small hotel on the main street was cute and the food was tasty. We went there also for a dinner one evening, when our sporty boy was back from the camp. We learned that the dinner is not as good as the lunch was. Anyway worth to visit if you are around the corner one day! They also serve traditional afternoon tea and the interior of the house is cosy. 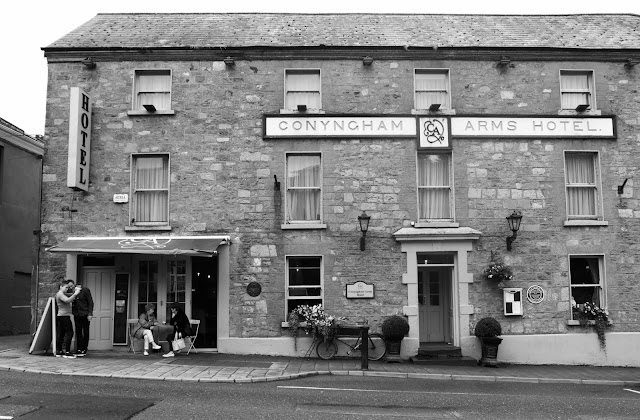 I would like to visit Ireland again and see the more dramatic landscapes of the West coast. Dublin was also nice place to visit, but I really prefer more the beauty of the rural Ireland. 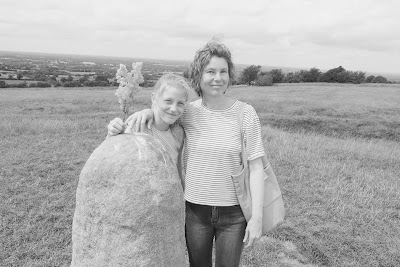 Summer hot continues.
We will be reaching almost 40 degrees of celsius today in Amsterdam.
Luckily we are going to see some Mediterranean waves soon.
I hope to feel a cooling breeze over there.
*Make the best of your summer*
(or the season you have now in your country) 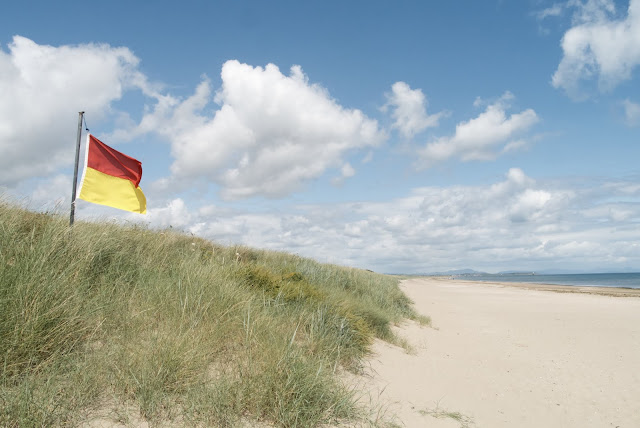 Posted by Greenupcam at 16:43 No comments:

“This is ours” - greetings from the planet Oosterend 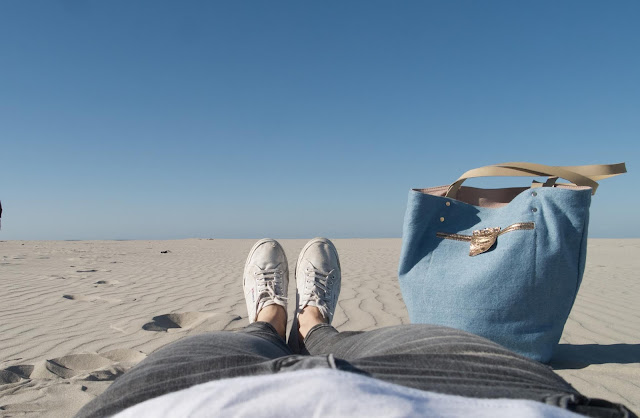 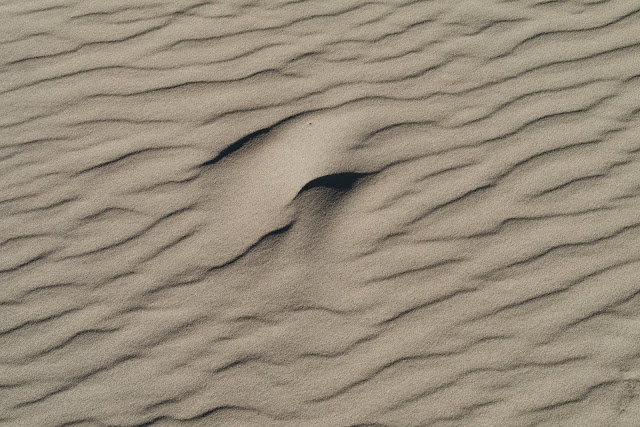 This was our third summer in Oerol Festival on the island of Terschelling. This time I enjoyed the most this one particular day at the beach of Oosterend. The longest day of the year at the beach: the 21st of June. A midsummer journey on the sand and a kilometeres long walk to Heartbreak Hotel (a 50's style beach restaurant) for a dinner. Almost no other people on the beach. The world was in our arms, hugging us and we loved playing with the sand and watching to the horizon.

During the other days we saw a few nice Theater plays and intimate monologues about the memories, how our personal histories are shaping us. One evening going back as far as the Ilias and Odyssey by watching a modern historical drama, played on top and down the high dunes. Watching that was like being part of the war scene...and witnessing some personal dramas. The nature and the theatre together are bringing the stories to the next level. A four days full of new perspectives. I could give you more details, but I feel like just showing you some pictures from the beach. These memories! 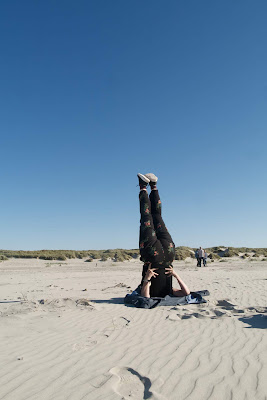 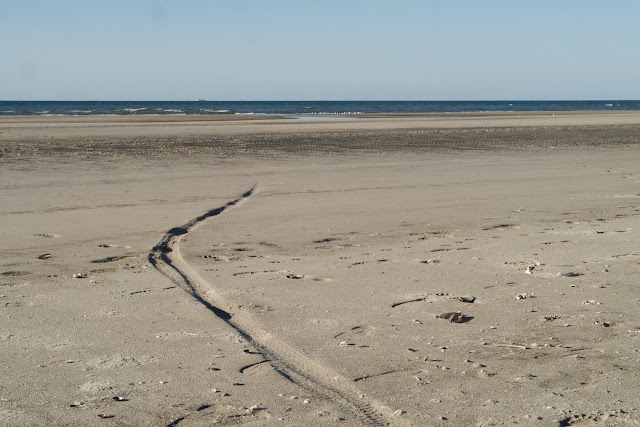 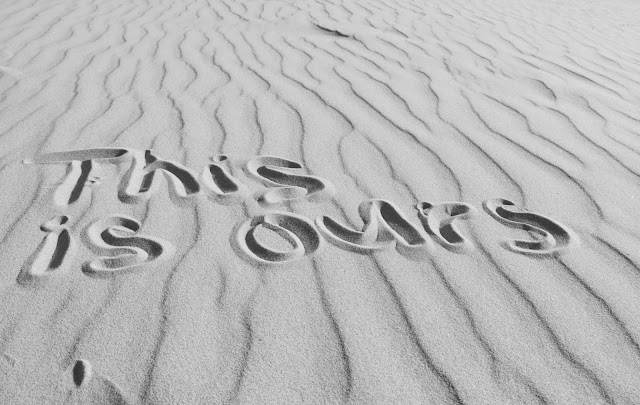 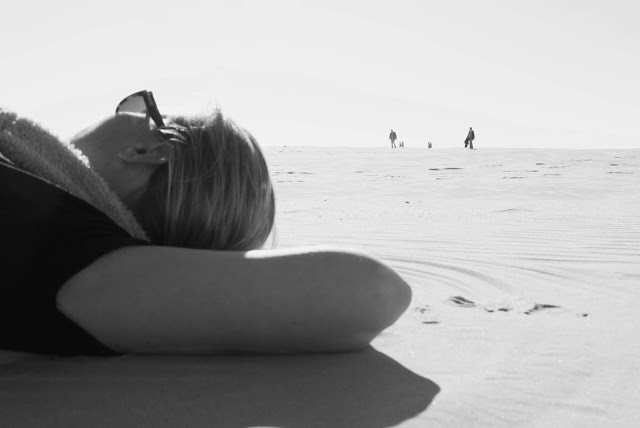 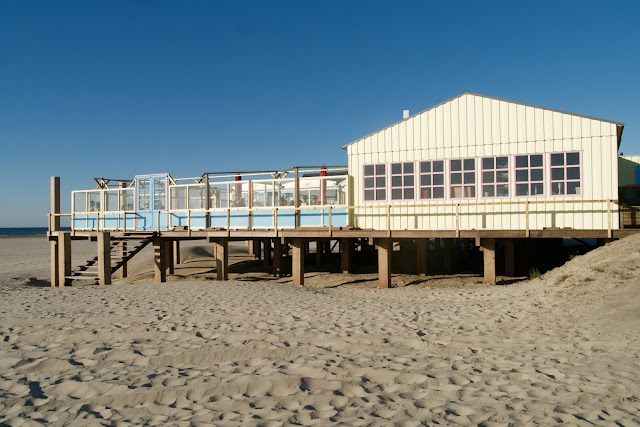 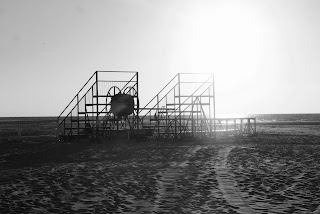 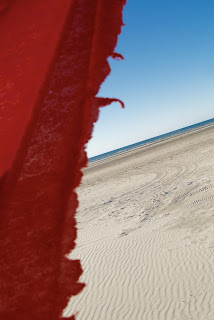 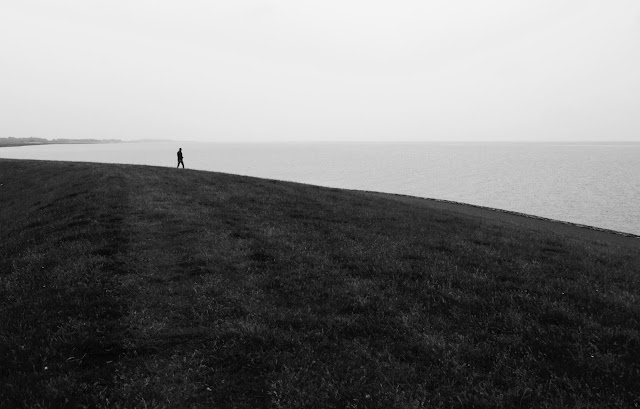 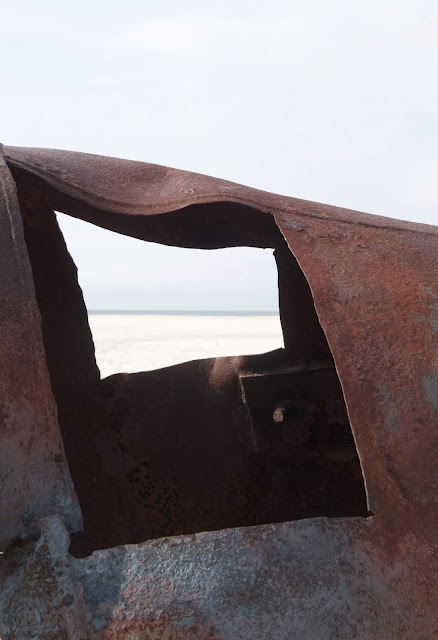 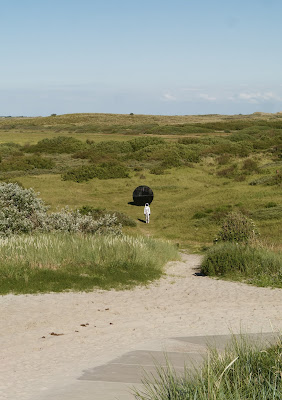 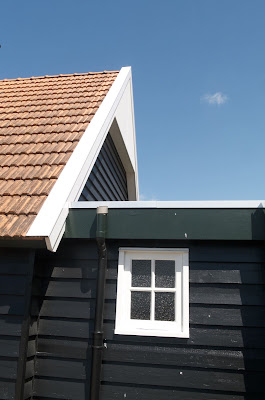 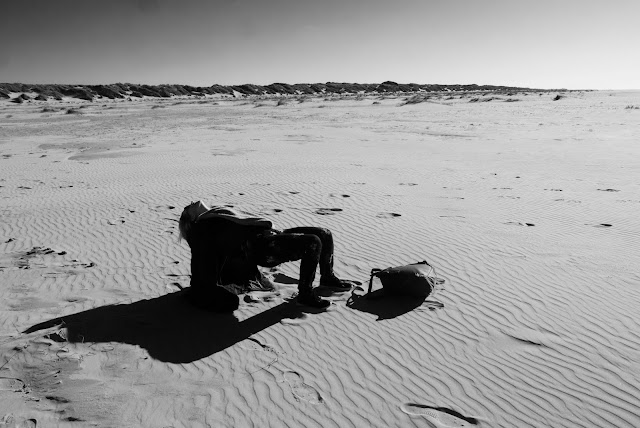 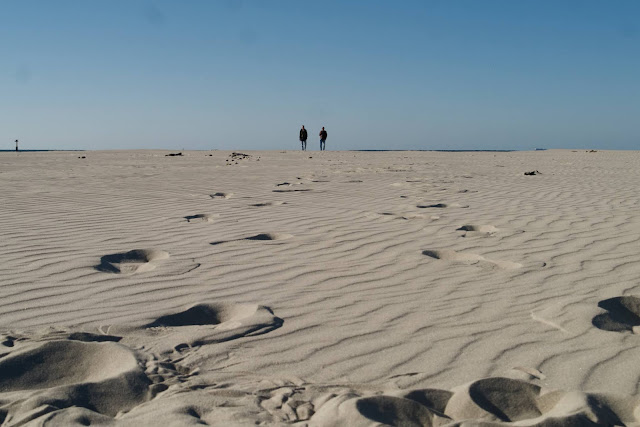 This is ours - the end

Posted by Greenupcam at 13:29 No comments: 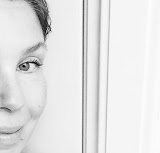